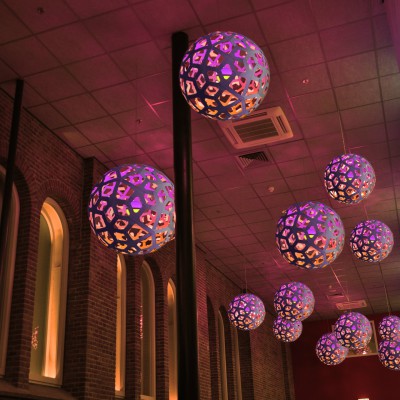 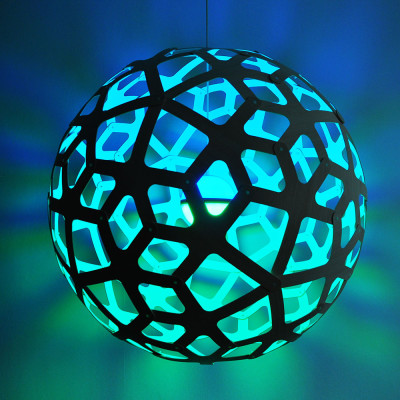 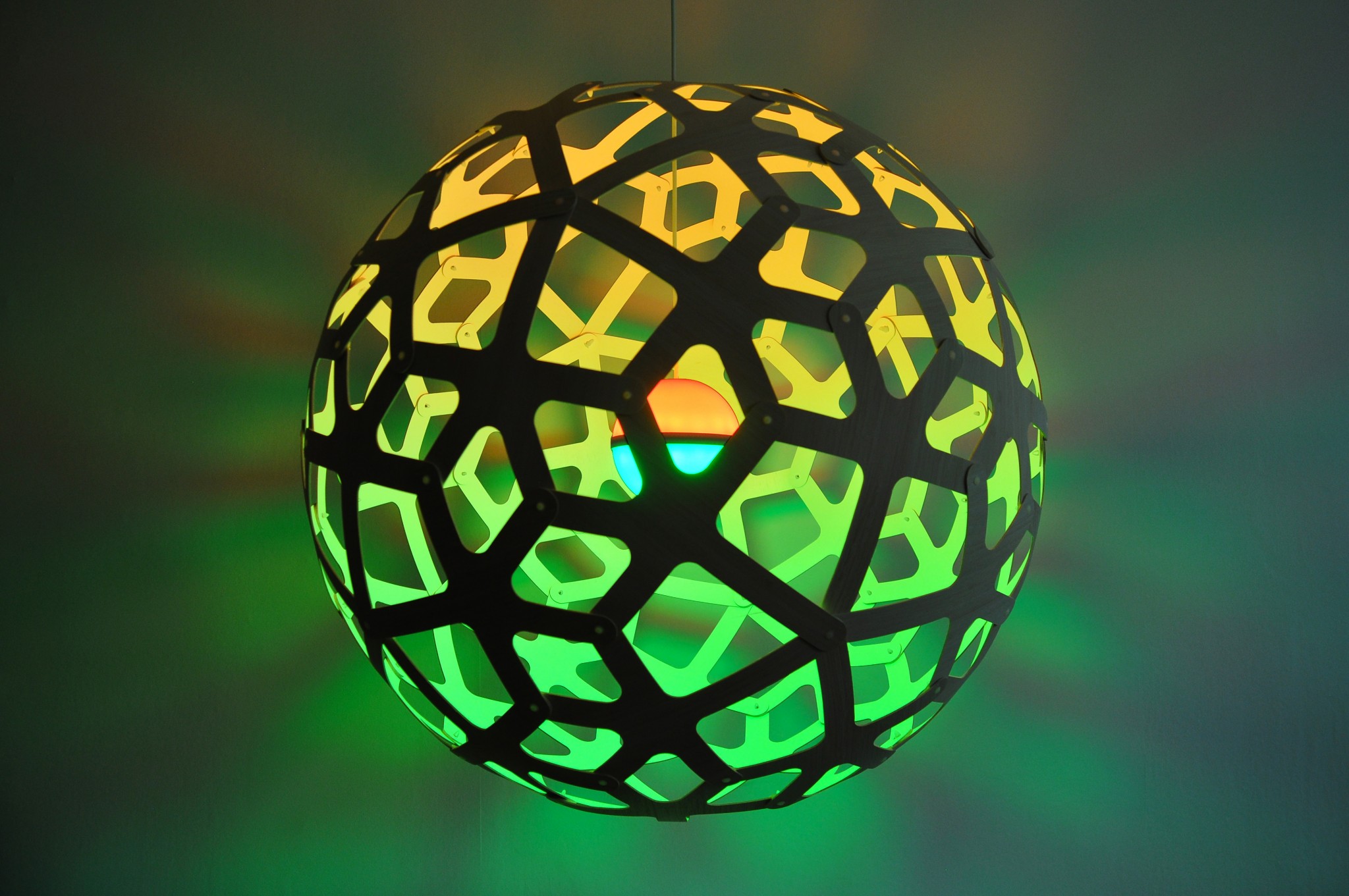 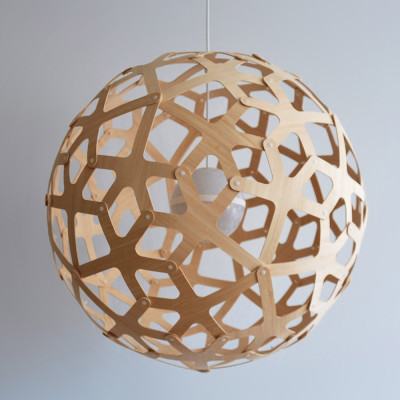 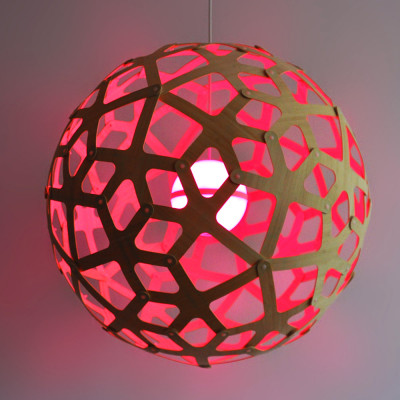 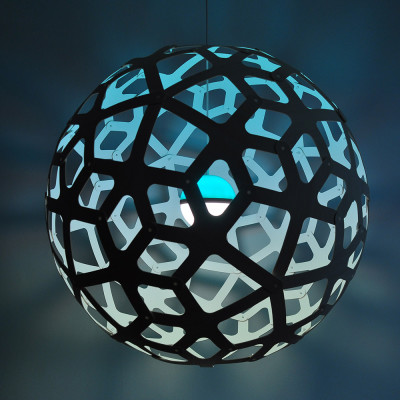 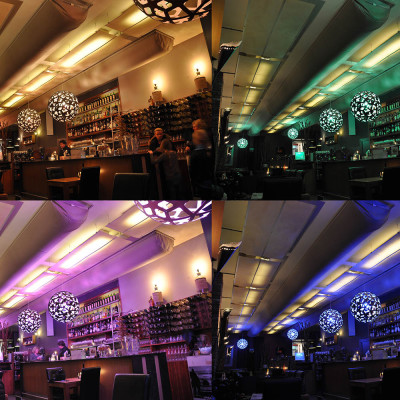 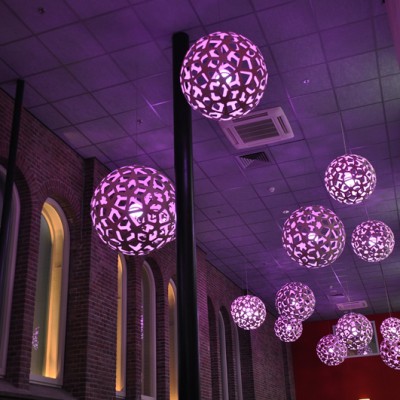 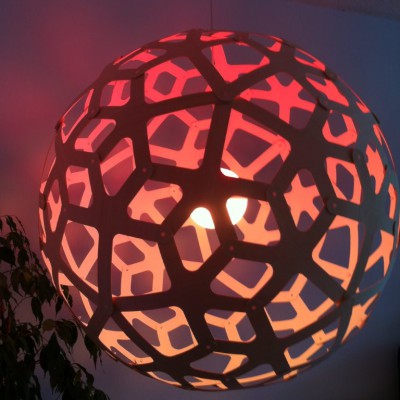 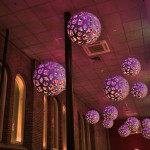 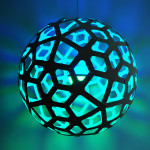 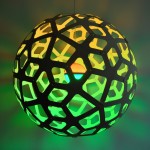 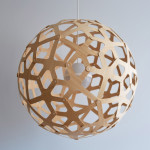 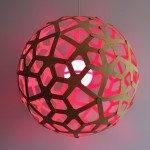 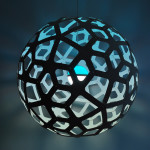 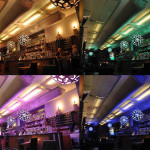 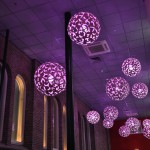 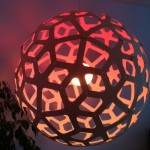 Coral (2002) is based on one of the geometric polyhedra that have interested David since he was a boy. The intricate form is made from just one single component repeated 60 times. Originally designed purely as an experiment, it only became a light later when David tried to find a use for it by putting a bulb inside. This was a pivotal moment. What followed was a whole new direction in exploring lighting structures made from minimal shell-like skins which also act as patterned shadow makers.